How to raise cattle scientifically in rural areas? 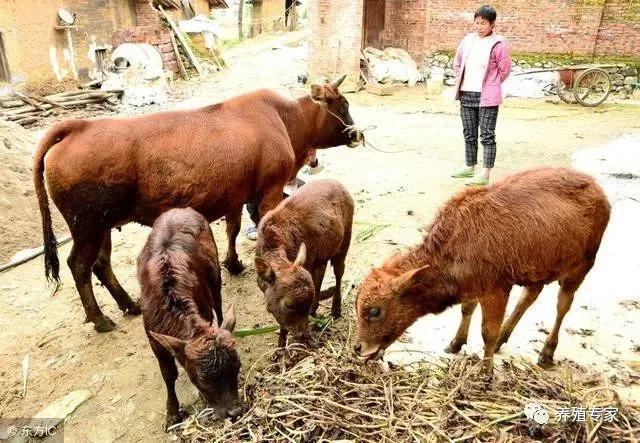 A look at the mental state: healthy cattle spirit lively, sensitive to the surrounding environment;
Second, the hair and skin: healthy cattle hair neat and shiny, not easy to fall off, the skin color is normal;
Three look at walking posture: healthy cattle gait steady, free movement.When sick, abnormal gait such as uncoordinated movement;
Breathing movements: the breathing frequency of healthy cattle is 15-30 times per minute, presenting a stable chest and abdomen breathing;
Conjunctiva of five eyes: the conjunctiva of healthy cattle eyes is light pink.
Six to see the nasal mirror and nasal cavity: the healthy cow nose mirror dews into beads, showing dry and not wet;
Seven look at the excrement: normal cattle excrement has a certain shape and hardness, is curly dry and not wet;
Eight look at mouth color and tongue coating: healthy cattle mouth color is light red, no tongue coating;
Nine see food: appetite is undesirable, good when bad see more at chronic digestive organ disease.Loss of appetite is common in various serious diseases.Appetite is abnormal see more inside body vitamin, mineral and microelement lack.Cows generally drink 3-4 times a day, and drinking too much or less is not normal.
Ten observations of rumination and belching: Healthy cattle begin to ruminate about one hour after feeding, and each rumination lasts about one hour. Each pellet is chewed 40-80 times, 4-8 times a day and night. 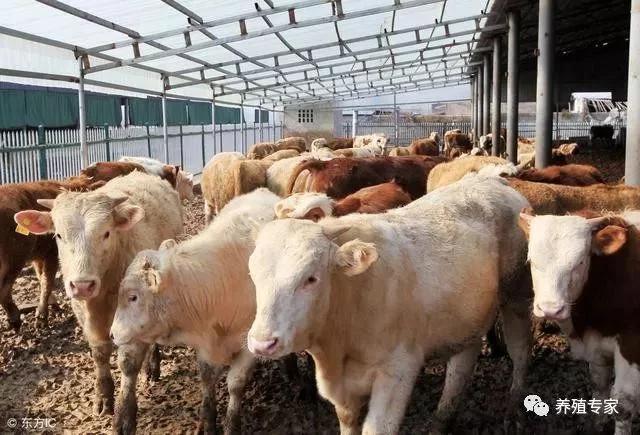 In recent years, some places in the barren mountain auction, grassland is marked as barren mountain auction after afforestation, resulting in grassland and animal husbandry land area sharply reduced, there is difficult to raise cattle grazing, the number of abnormal cattle out of the market increased, the number of stock decreased significantly, seriously restrict the development of beef cattle production.The relevant departments at all levels should attach great importance to this situation, and conscientiously implement the Grassland Law, protect and make good use of grassland, and provide the environment for the development of cattle raising industry.The mistake area of rural cattle raising technology
Two, commodity awareness is not strong some cattle farmers did not take the cattle as an important project to get rich, but as a sideline, the idea of selling is more common, to the door to buy customers are not reluctant to sell do not sell, is all day asking price, refuse customers at the door.Therefore, farmers should be educated to enhance the awareness of commodity production, as long as the price is reasonable, when it should be sold.
Weak ability to resist market fluctuations when the market cattle price fluctuations, cattle farmers show more unstable mentality.When the cattle price rises, the equivalent is for sale, the more expensive the cattle price, the more not to sell;When the price of cattle falls, I fear that it will fall again. The lower the price, the more I sell the cattle.Because buy expensive sell cheap, each cow economic loss is less than hundreds of yuan, more than thousands of yuan.Cattle price fluctuations also directly affect the enthusiasm of beef cattle improvement.The more expensive the cattle, the more willing to improve;Cattle are worthless and do not want to be improved.In the face of market changes, cattle farmers should maintain a good attitude, enhance the ability to resist market changes, when the market fluctuations, timely adjust the marketing strategy, reduce the risk to the lowest degree.
The eastern mountainous area of Liaoning province is very fond of the first parent shalolais cattle introduced over the years, but unwilling to accept other breeds, especially the white flowers on the head of Simendar cattle are regarded as "filial head", which is unlucky, so it is difficult to promote simendar cattle improvement.As a result of many years of using Charo to do progressive hybridization, the variety is single, the hybridization advantage is weakened.Therefore, it is necessary to change the practice of adopting progressive hybridization system for many years, strengthen publicity, and actively introduce limousin, Simendar and other varieties for three-way hybridization, so as to continuously improve the improvement effect and economic benefits. 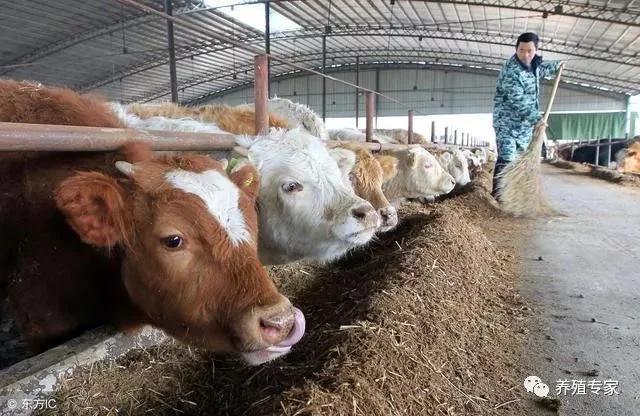 Six, neglect the shortage of supplementary feeding of calf after birth, especially after birth in the first and second winter and spring feeding period rarely supplement or do not supplement, the result of improved cattle "give birth to a flower, grow to grow like his mother", growth and development is seriously blocked, the fencing period is mostly in 3 ~5 years old or later, economic benefit is not high.To improve the efficiency of raising cattle, it is necessary to start from calf breeding, especially to do well in the first and second winter and spring feeding period, so that the weight of calves can reach 300 kg or more at 18 ~24 months of age, or more than 500 kg after short-term intensive fattening.Some cattle raisers lack scientific knowledge in order to be convenient and economical, and use hybrid bulls to breed, which not only damages the interests of cattle raisers, but also interferes with the promotion of new technology of frozen semen breeding.Although the hybrid bull is of high strength, its heredity is unstable and it is easy to cause inbreeding, degeneration of offspring and low economic benefit.In order to improve the improvement effect, the scientific truth that hybrid bulls cannot be bred should be widely publicized, and cattle raisers should be educated not to breed hybrid bulls.At the same time, it is necessary to carry out the Regulations on the Management of Breeding Livestock and Poultry and ban the breeding of hybrid bulls to ensure the orderly improvement of beef cattle.
7. In the barn feeding period without straw treatment, the cattle raisers used the whole bundle of corn straw to feed cattle, and the utilization rate was only about 30%.Fattening households also only achieve straw cutting short, silage, ammoniation and other treatment of straw new technology popularization area is small, the number is small.Straw treatment can improve utilization rate, feed intake and fattening effect.After amination, the crude protein content of straw and wheat straw can be increased more than twice, which can not only reduce the feeding cost, but also improve the economic benefit of cattle raising.Therefore, to popularize the popularization of straw silage, semi-dry storage and ammoniation straw treatment technology, promote the continuous development of straw cattle.
Eight, cattle not insect repellent cattle repellent is often ignored, and even some beef cattle farmers do not engage in insect repellent.During grazing, cattle are often infected with many parasites, such as nematodes, scabies, ticks and maggots, which can reduce the daily gain by 35% and feed conversion rate by 30%.Cowhide fly maggots more than double the value of the skin, and severe parasites can cause death.Visible, insect repellent is the important link that raises cattle indispensability.Farmers can raise cattle in spring march ~ May and autumn September ~ October for two deinsectization, fattening cattle at the beginning of fattening to deinsectization.The best choice of anthelmintic drug is insect nematode, which can simultaneously drive away nematodes in livestock and poultry as well as parasites such as lice, mite, tick and fly maggot in vitro.